In June 2001, Tropical Storm Allison stalled over southeast Texas and dumped massive quantities of rain on the Houston area. Some areas received over 30 inches of rain over a 2-3 day period. The result: one of the greatest flood events in Houston history. 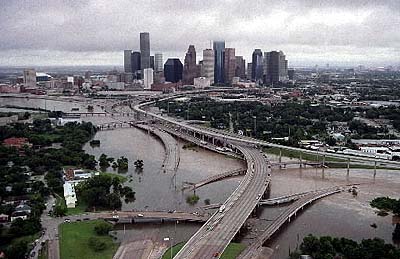 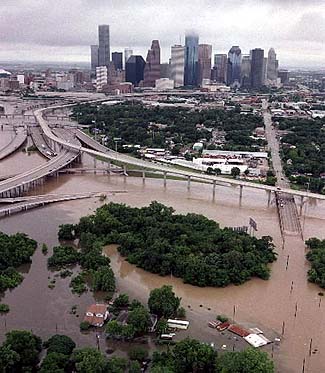 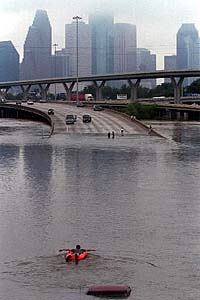 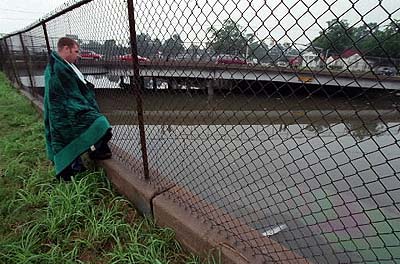 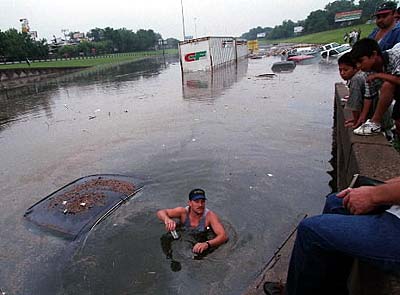 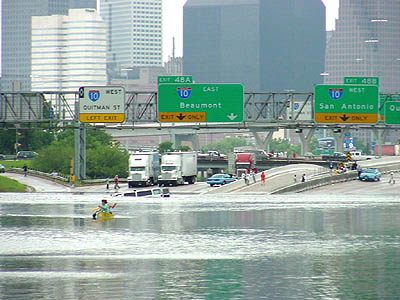 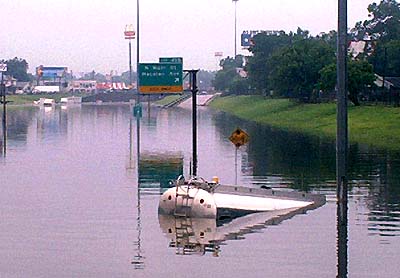 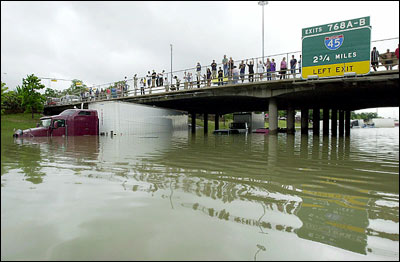 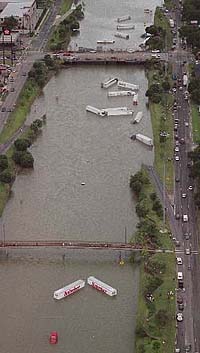 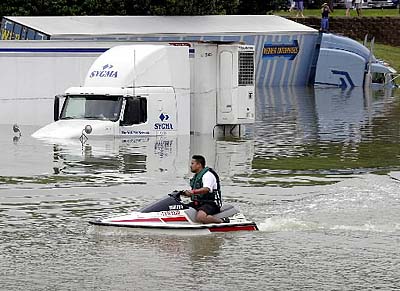 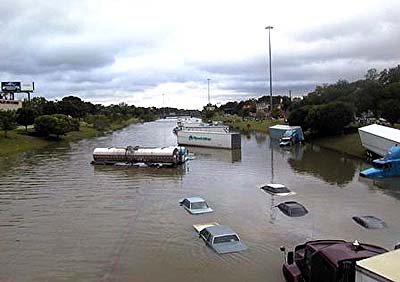 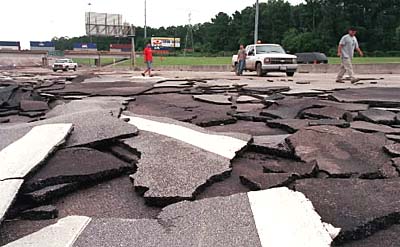 An asphalt section of IH-10 did not survive the flood. Emergency re-paving was performed. 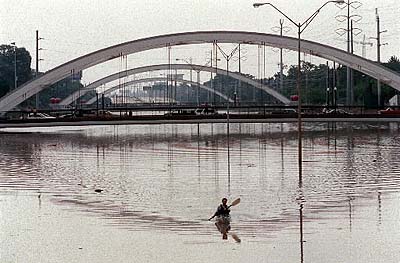 Photo credited to Dave Rossman. This is the trench from Hazard to Mandell, currently under construction. 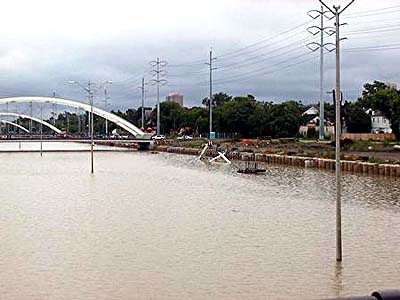 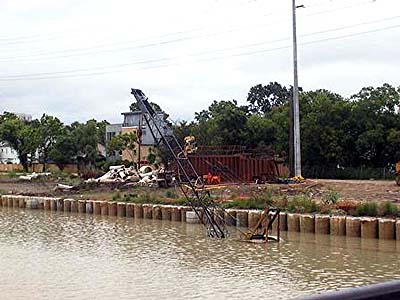 Photos credited to Robert Cowart. This is the trench from Hazard to Mandell, currently under construction. The contractor, Williams Brothers, reportedly suffered heavy equipment loss.

Photo contributed by Don Seributra. Another view of the flooded trench. 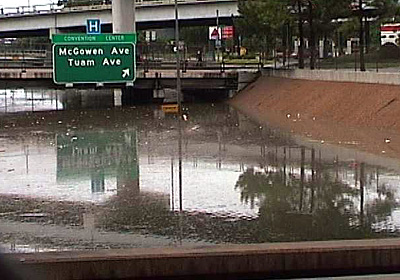 Photo credited Jonathan Miller. This is the US59/TX288 merge just south of IH-45.

The South Freeway has historically been one of Houston’s most flood-prone freeways. It has a very low crossing over Brays Bayou, and water would backup into the freeway trench and flood the trench. Anti-backup gates were installed years ago, but they can’t help when Brays Bayou is actually overflowing the freeway. 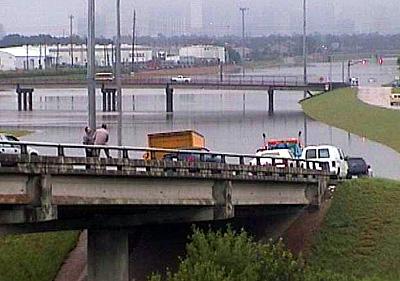 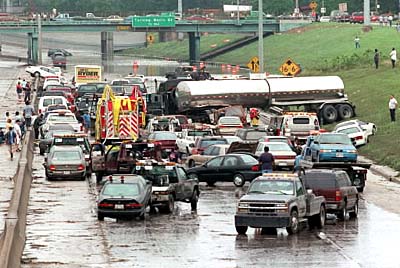 The receding water on the East Loop revealed a big mess of vehicles. 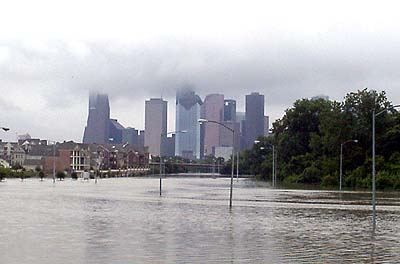 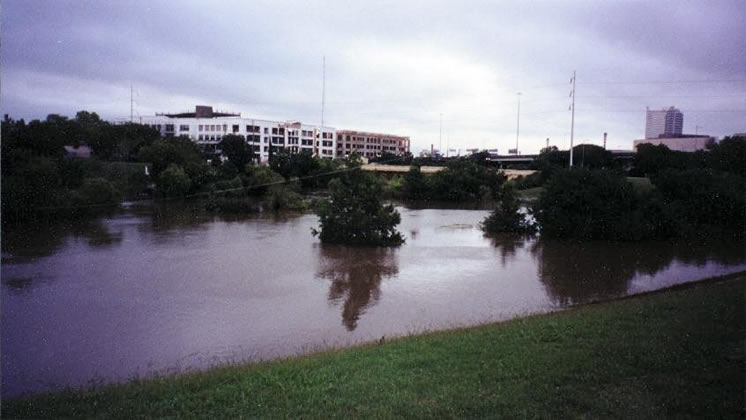 Photo contributed by Don Seributra. This photo shows Buffalo Bayou back within its banks just west of downtown Houston.